Boston Consulting Greece hosted in its premises a meeting event, bringing together the members of the Board of Directors, the Scientific Committee, the Executive Committee and the founders of ExcellenSeas with each other and the scholars of the program as well. More specifically, in the meeting participated, among others, the swimming team of Pastra Cretonaxiosa, who founded ExcellenSeas, most of the people participating as members in the committees of the program, as well as some of our significant supporters, whose sponsorships make our vision come to life.

Objective of the first part of the meeting, in which only the aforementioned members of ExcellenSeas took part, was to bring in touch all the satellite committees of it so that the members would discuss the so far activity of ExcellenSeas, and would set the necessary goals regarding its future activity and its social contribution for the year 2020. Within this framework, the team of ExcellenSeas developed stronger bonds. In parallel, the base on which future efforts will count, for achieving further and more ambitious targets, was set. This way, ExcellenSeas will be able to offer scholarships, guidance and internship opportunities to a constantly growing number of excellent students coming from remote/distant islands.

Further, the scholars of ExcellenSeas, who travelled in Athens in order to meet the members of the program in total and most importantly the Scientific Advisors that have been assigned as mentors to each one of them, joined the meeting. Their mentors are expected to provide guidance and accompany the scholars during their academic journey. Under that prism, our scholars introduced themselves, with a few details, to everyone and expressed their thoughts on the total initiative.

Additionally, throughout the meeting event, interesting conversations were developed among the guests and in particular among the scholars and their mentors. As a result, the foundations were laid so that each scholar will be able to be in often and regular contact with their mentors and find the necessary guidance regarding their studies, in order to surpass any obstacle may arise between them and their excellence.

At this point, ExcellenSeas wishes to express its gratitude towards all of its sponsors, without the support of whose, our vision could not have been realized. In parallel, ExcellenSeas expresses its gratitude, also to all the members participating in its committees, without the work and willingness of whose, our vision could not keep being expanded. As a conclusion of this successful meeting, we feel the urge to express our optimism as well as our will to work even harder, so that more excellent students from remote/distant islands can enjoy every year, everything ExcellenSeas has to offer. 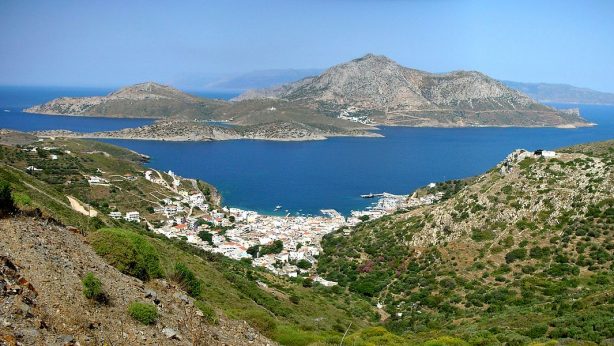 As every year, this year as well, the team of...

The swimming team of Pastra Cretonaxiosa remaining focused on their...