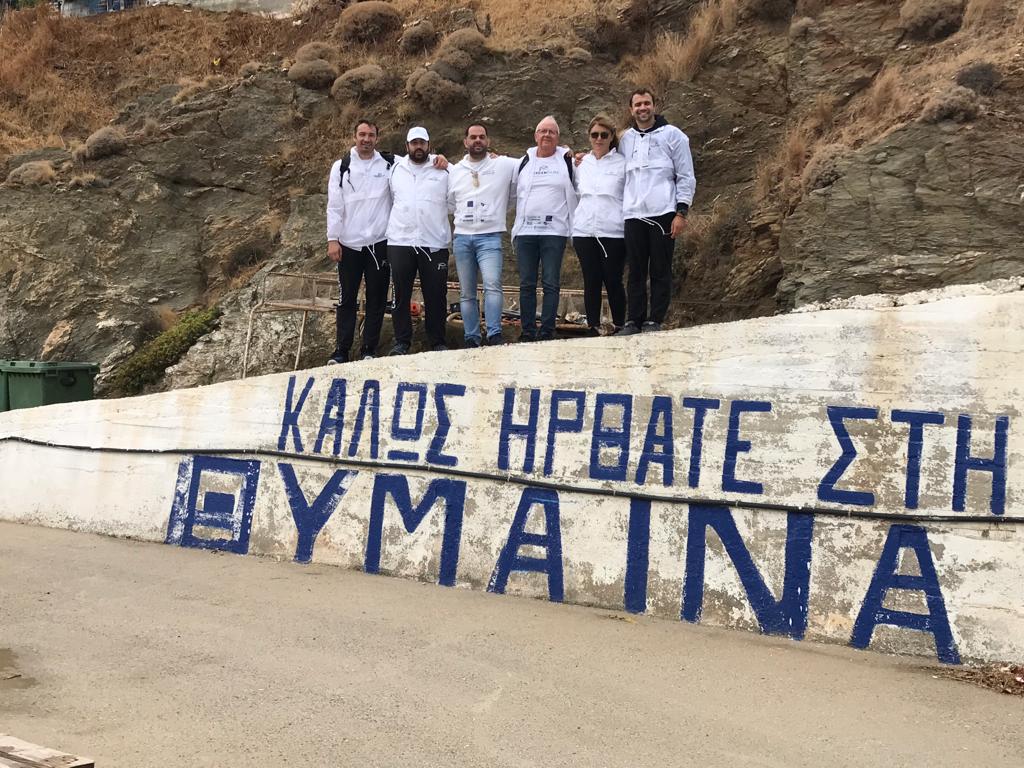 More specifically, this year the team’s swimming mission included a swimming course of about 5 kilometers in the region between Thymaina and Fournoi which took place on October 17th. The cross-swim took place within the framework of a three-day event co-organized with the Municipality of Fournoi between 15-17th of October, under the prism of a double symbolism.

In particular, this year, the above described activity was not only dedicated in honor of the students of the area who have to go to school by boat, on a daily basis, but also, in memory of the late, former Mayor of the island, I. Marousi, whose work has been significant for the island and the locals.

Within the program of event that accompanied the above cross-swim, there was a presentation of ExcellenSeas and the organization’s work while this year’s high school graduates of the island were awarded. In addition, one of the current scholars of the program, who is originated from the island, Mr. I. Papadodimas, was also honored. At the same time, the team’s members had the opportunity to get to know the local community better and to enjoy the locals’ warm hospitality, while they were happy to deliver short and of symbolic importance swimming lessons to students of all ages from the local schools.

The cross swim took place under the auspices of HE the President of the Hellenic Republic, Mrs. Katerina Sakellaropoulou.